Not unlike the innovators of jazz early in this century, Keziah Jones with his original

mix of funk, soul and rock, is one of the musical pioneers of the next.

Plugged or unplugged, his piercing vocal and lyric style is in a category all to itself.

From haunting ballads accompanied by the guitar to raw funk rock numbers, Keziah is

His debut album "Blufunk is a fact" released in 1992 introduced him to the world. Three

hit singles soon followed: "Rythmn is Love;" "Where is life" and "Free your soul." It

paved the way for his second equally successful album, African Space Craft. Once

again, he had a string of hits including "A Million Miles From Home" and "If you know."

His third album is currently under production.

There is now a new and growing excitement surrounding Keziah Jones. Nowhere is

this more evident than in his live performances. Anyone who has ever seen Keziah in

concert will testify that it is more than a concert - it is a theatrical experience. The

energy between audience and band is almost tangible. His gigs have become

synonymous with a spontaneous electric groove. This groove has already been

witnessed by audiences all over Europe, Japan and Australia. It is like a fever sweeping 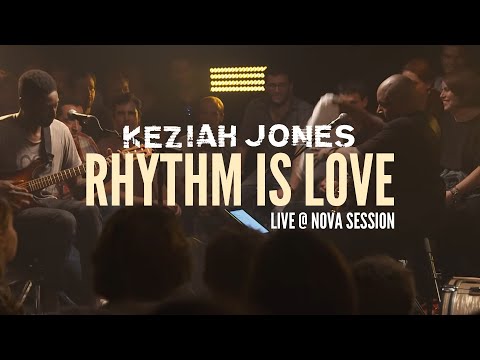