Hailing from the East side of Los Angeles, FEELS are known for their electrifying live shows and two highly regarded LPs: their first, s/t, produced by Ty Segall and released in 2016 on Castle Face Records, followed by 2019's Post Earth, released on Wichita Recordings and produced by Tim Green. Live, the band pulls no punches, delivering a potent blend of tight hooks, luscious melodies and satisfying chaos; energy that serves as the perfect vehicle for their lyrics, urging audiences to shake away apathy and be invigorated by a renewed sense of togetherness. After all, as Pitchfork points out in their 8/10 review of Post Earth, "...polemical discourse and rock’n’roll fun are not mutually exclusive—and, if anything, they should encourage one another."

The band was formed in 2015 by Laena Myers-Ionita (F.K.A. Laena Geronimo), Amy Allen, Michael Rudes and Shannon Lay. After Lay’s 2019 departure, FEELS welcomed Cole Berliner of Kamikaze Palm Tree on guitar and vocals. Berliner’s contributions further highlight influences that have always been present in the band’s sound, like X, The Pixies and Sonic Youth. 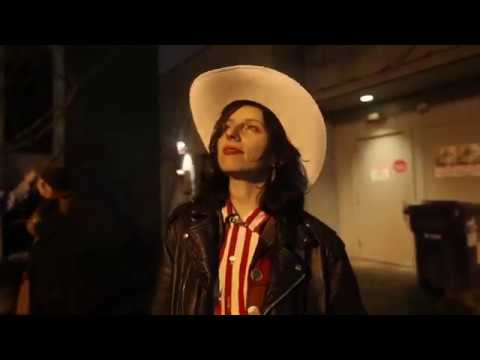