Faraj Suleiman (1984) is a Palestinian a composer and pianist. His music is strongly influenced by Arabic/Eastern melodies and rhythms. He often incorporates those scales and modalities in his compositions. In addition to being inspired by his Arabic culture, he is also influenced by Jazz traditions. As an Arab musician/pianist trained in classical music, he constantly searches for new forms of expression to equally appeal to his "Eastern" and "Western" listeners.

​To date, Faraj Suleiman composed several albums which have placed the "Eastern" piano in the centre of the composition, ranging from solo piano compositions to quartets, quintets, arrangements for choir and full orchestras.

​He released a number of albums and musical projects such as : "Login", "Three Steps", "Mud", "Opening of the Palestinian Museum", "Al-Bashiq", "Love in the Cloud", "Once Upon a City”, "Love Without a Story”, “Toy Box” and his first songs album “Second Verse”, the recording of "London Jazz Festival 2019", "Better than Berlin"(Songs album) and lately "Fahim" - a songs album for children.

​He also composed music for theatre and film, such as the multiple award- winning film by Ameen Nayfeh "200 meters". 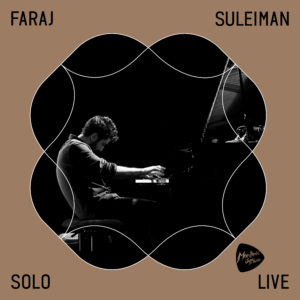