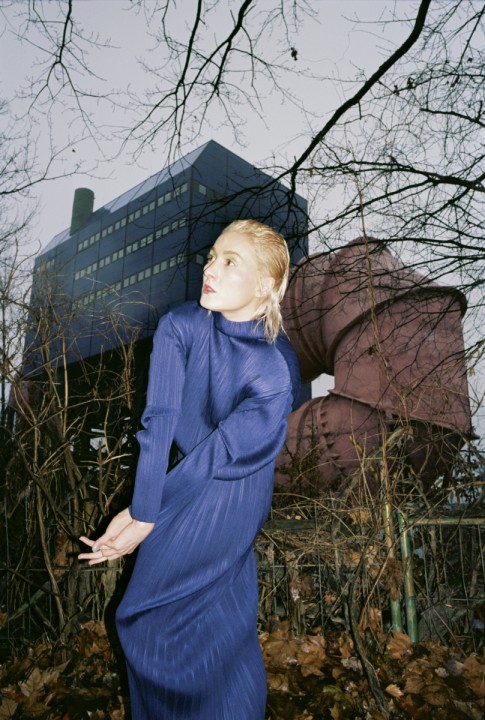 It was on a mountainside in Cumbria that the first whispers of Cate Le Bon’s fifth studio album poked their buds above the earth. “There’s a strange romanticism to going a little bit crazy and playing the piano to yourself and singing into the night,” she says, recounting the year living solitarily in the Lake District which gave way to Reward. By day, ever the polymath, Le Bon painstakingly learnt to make solid wood tables, stools and chairs from scratch; by night she looked to a second-hand Meers — the first piano she had ever owned — for company, “windows closed to absolutely everyone”, and accidentally poured her heart out. The result is an album every bit as stylistically varied, surrealistically-inclined and tactile as those in the enduring outsider’s back catalogue, but one that is also intensely introspective and profound; her most personal to date.

Grandfather-clock-like chimes occupy the first few bars of opener ‘Miami’, heralding the commencement of an album largely concerned with a period of significant personal change. Not only is the city of the song’s title the location of a seismic shift in Le Bon’s life, but it is also, she suggests, faintly ridiculous for someone from a small town in Wales to be singing about cosmopolitan Miami; a perfect parallel to the feeling of absurdity which can accompany a big life change. Such changes demand adjustment, she muses, punctuated by the continuing chime of the synth and a smattering of sax; Never be the same again / No way / Falling skies and people are bored…Oh, it takes some time / It hangs in doors.

From there, into the early morning mist sprouts gently-wrought first single 'Daylight Matters’. Its persistent I love yous, voiced over a subtly disorderly arrangement, are not, as they may at first seem, an outpouring of affection, but rather a luxuriation in the deliciousness of self-pity; the product of time spent alone “enforcing an absence in order to mourn it” as opposed to an out and out love song — although, Le Bon adds, “love is always lurking, I suppose.” Hot on the heels of the first is melancholic second single ‘Home to You’, at once a new sound for Le Bon and yet still identifiably hers; exemplary of Reward's shift away from the more classical-sounding keys 2016’s Crab Day, and a lilt towards the electronic in its predominant use of synthesiser. But despite this stylistic departure, the ghost of the Meers lingers; that Reward's ten songs were conceived alone at a piano remains evident not by their literal sound, but rather by the feeling of closeness that they convey.

This sense of privacy maintained throughout is helped by the various landscapes within which Reward took shape: Stinson Beach, LA, and Brooklyn via Cardiff and The Lakes. Recording at Panoramic House [Stinson Beach, CA], a residential studio on a mountain overlooking the ocean, afforded Le Bon the ability to preserve the remoteness she had captured during the writing of Reward in Staveley, Lake District. Though a stint in Los Angeles to try and finish some of the songs didn’t last long (“it just didn’t work…it was just too hectic, everything seemed a bit more fragmented and people were coming and going, as opposed to it being this closed off to the world-ness that I think I really seek when I’m recording”), Le Bon and co-producer and engineer Samur Khouja took to the Joshua Tree desert. “We barely saw other people and it was conducive to finding our feet with the record again.”

Over this extended period a cast of trusted and loved musicians joined Le Bon, Khouja and fellow co-producer Josiah Steinbrick — Stella Mozgawa (of Warpaint) on drums and percussion; Stephen Black (aka Sweet Baboo) on bass and saxophone and longtime collaborators Huw Evans (aka H.Hawkline) and Josh Klinghoffer on guitars — and were added to the album, “one by one, one on one”. The fact that these collaborators have appeared variously on Le Bon’s previous outputs no doubt goes some way to aid the preservation of a signature sound despite a relatively drastic change in approach.

Be it on her more minimalist, acoustic-leaning 2009 debut album Me Oh My or critically acclaimed, liquid-riffed 2013 LP Mug Museum, Cate Le Bon’s solo work — and indeed also her production work, such as that carried out on recent Deerhunter album Why Hasn’t Everything Already Disappeared? (4AD, January 2019) — has always resisted pigeonholing, walking the tightrope between krautrock aloofness and heartbreaking tenderness; deadpan served with a twinkle in the eye, a flick of the fringe and a lick of the Telecaster. This skilful traversing of apparent contradictions continues to make itself known on Reward, where, from the lamenting bones of ‘Home to You’ springs ‘Mother’s Mother's Magazines’, a song derived from “being around a lot of really fed up women” which in its loose twanginess of composition and playful lyrics, calls to mind DRINKS — the side-project which Le Bon co-parents with Tim Presley (of White Fence). Glimmers of the biting, tongue-in-cheek and often surrealist imagery found scattered throughout Le Bon’s previous works rear their heads once more on ‘Sad Nudes’ (Pick up the phone / Take the call from your mother / She really wants you to answer) and the pulsating, cascading ‘Magnificent Gestures’ (I was born with no lips / Drip drip drips). Though things take a turn for the pessimistic on third single ‘The Light’, (Mother I feel the crowd on the turn / Took out the windows / Moved the stairs / And I don’t see the comedy / Holding the door to my own tragedy / Take blame for the hurt but the hurt belongs to me), it is not without an underlying sense of humour, as Le Bon cynically ponders Where would he go for fun in this town? And after all, the light that eventually seeks her out offers the lonely artist salvation.

The multifaceted nature of Le Bon’s art — its ability to take on multiple meanings and hold motivations which are not immediately obvious — is evident right down to the album’s very name. “People hear the word ‘reward’ and they think that it’s a positive word” says Le Bon, “and to me it’s quite a sinister word in that it depends on the relationship between the giver and the receiver. I feel like it’s really indicative of the times we’re living in where words are used as slogans, and everything is slowly losing its meaning.” The record, then, signals a scrambling to hold onto meaning; it is a warning against lazy comparisons and face values. It is a sentiment nicely summed up by the furniture-making musician as she advises: “Always keep your hand behind the chisel.” 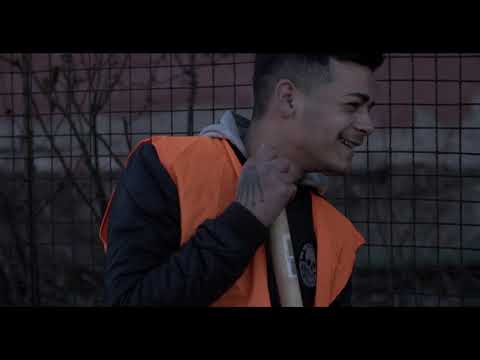